Saturday started not very happy for me. I realised I had left my bag with toiletries in bathroom last night and when I went back in the morning, it was gone. I shouldn’t have gone to bed so late. It makes me absent-minded. I asked the cleaners, but there was no bag left in their room after the night shift. Either they lied to me or someone from the backpackers took it. It made me feel a bit down for a while. I couldn’t even comb my hair! Good thing that I had my toothbrush from the plane in my rucksack, so I at least brushed my teeth. One of many loses during my journey, I guess.

Getting on-line for free cheered me up. H. had texted me that the Library had free wifi, so finally I could catch up on what’s happening in my world, like TAIKA WAITITI IS IN DA HOUSE! 😀 He’s a bigger rugby fan than I thought. I’ll have my eyes all around my head every time I’m in Auckland now.

H. also let me know that the All Blacks were going to be in Aotea Square on Queen Street at 4:30 p.m. The square was almost on the other side of the street! The Library closed at 4:00, had enough time to leave my laptop in my hostel room, grab my camera and be back before the ABs arrived in their white coach. There was already a big crowd, because the program started at 3:30. Later I found out that I missed Holly Smith’s performance. 😦

One of the first who got off the bus was the couch, Graham Henry and then the rest followed. 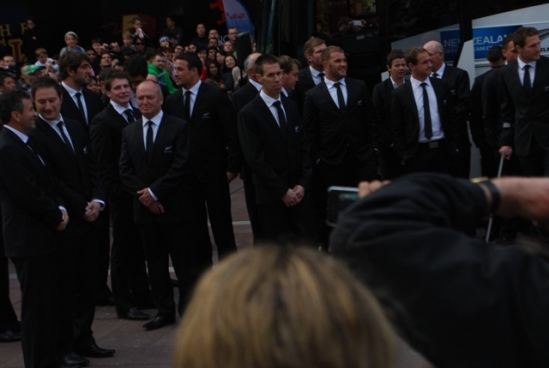 The team was welcomed by Maori dancers. They performed haka. I couldn’t take a proper picture, because I was snapping without looking into my camera and others were doing the same thing. The good side of this is that you can now find plenty of videos on YouTube from this ceremony. 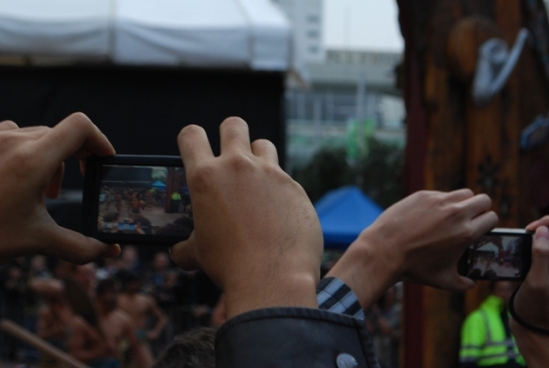 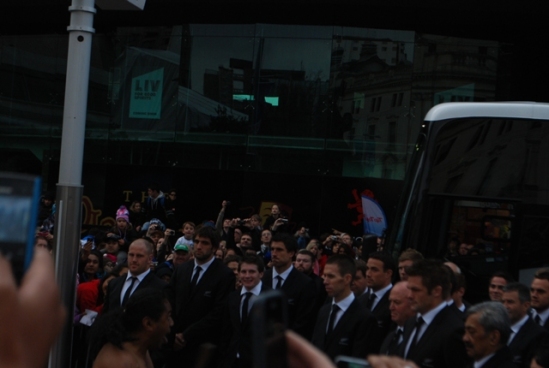 And then the team moved onto stage. I managed to take this photo of Dan 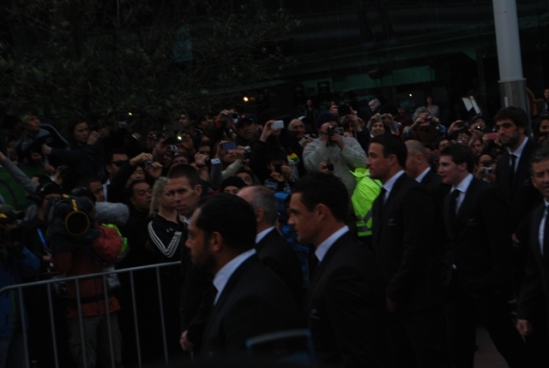 And a couple of other ABs 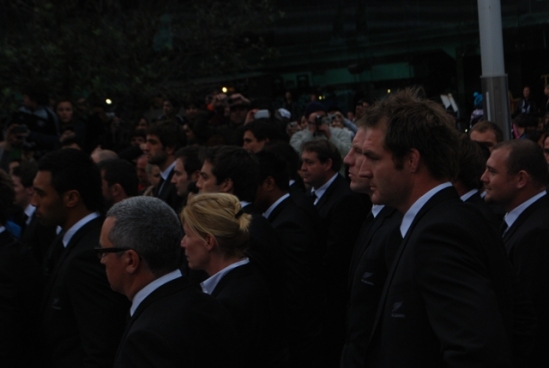 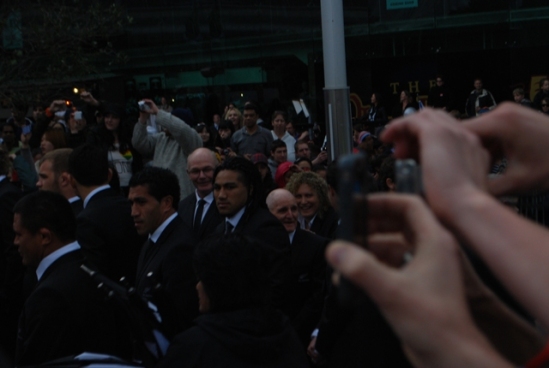 The ceremony started from prayers, dance, songs and official welcomes in Maori 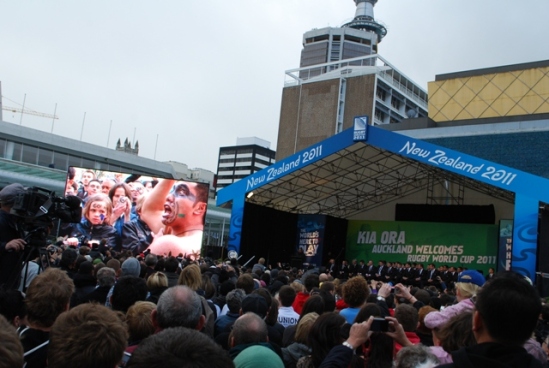 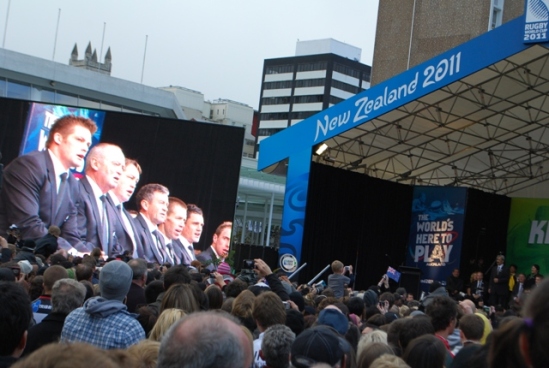 Then the rest was in English, luckily. Everyone got a cap and a gift from the city 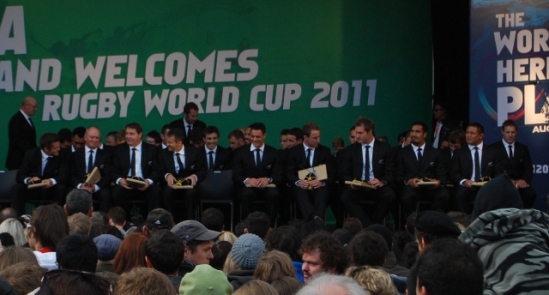 Richie McCaw, the captain said a couple words and the ceremony finished with singing the New Zealand anthem.

The guys stayed on stage for an official photo then on the way back to their coach they were giving autographs. I didn’t even try to get close to the barriers, it was so crowded. I was about 2m from Graham Henry, though. They didn’t stay long. The All Blacks came and it rained. It rained when they were leaving.

So no Sky Tower tonight too. I went to a store for my toiletries along the Quay Street and found The Giant Ball at Queen Wharf. 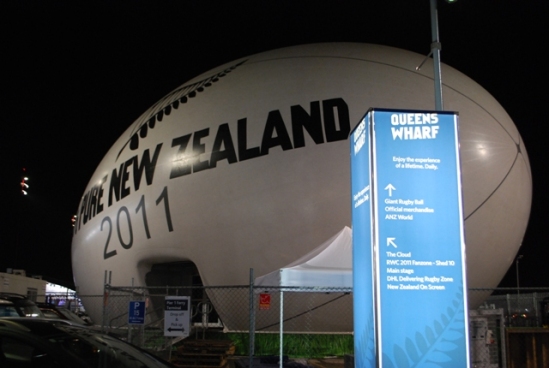 Auckland is getting ready for this gigantic festival. Today I saw in Sky City more redecorations for new bars and restaurants, when I went to collect my tickets on matches I’m going to. Am I really here?! Is this really happening?!

4 responses to “ups and downs”

recently i wrote about